Is LPR Prevalent Among Patients with COPD?

New Year’s Resolution: Get my Reflux Under Control! The RYAN Score was created by Dr. Tom Ryan DeMeester, Professor and Chairman Emeritus at the Department of Surgery Keck School of Medicine, University of Southern California.1 The score is proprietary to Restech’s DataView software and is used to interpret oropharyngeal pH study results. With high specificity for severe reflux patients, it defines normal values and identifies patients with abnormal pharyngeal pH environments.1

**Note: The software automatically removes pH data collected during meal periods in its calculations. The data is not removed from the report, so physicians are able to analyze pH levels alongside meal periods.

Oropharyngeal pH testing is a key element in identifying reflux disease as the cause of laryngeal complaints. Why?

So what does the RYAN Score look like? What does it mean & why does it matter?

POSITIVE: If the patient’s values for upright and/or supine exceed the normal values, the RYAN Score is positive. A positive RYAN Score shows that a patient has “severe” reflux. There is no upper limit to the RYAN Score.

After treatment with bid PPI therapy, 60% of patients retested with Restech had a positive RYAN Score and failed to achieve pH normalization, despite many achieving symptomatic relief.3

NEGATIVE: If the patient’s values for upright and/or supine do not exceed the normal values, the RYAN Score is negative. A negative RYAN Score does not rule out mild or moderate reflux. It is important for the physician to review the entire study and determine if the patient’s reflux patterns reveal mild or moderate reflux, both of which can benefit from lifestyle modifications and/or different reflux therapies.

A physician can establish a diagnosis based on the patient’s symptoms and RYAN Score results. This flowchart illustrates possible diagnoses supported with a Restech test. 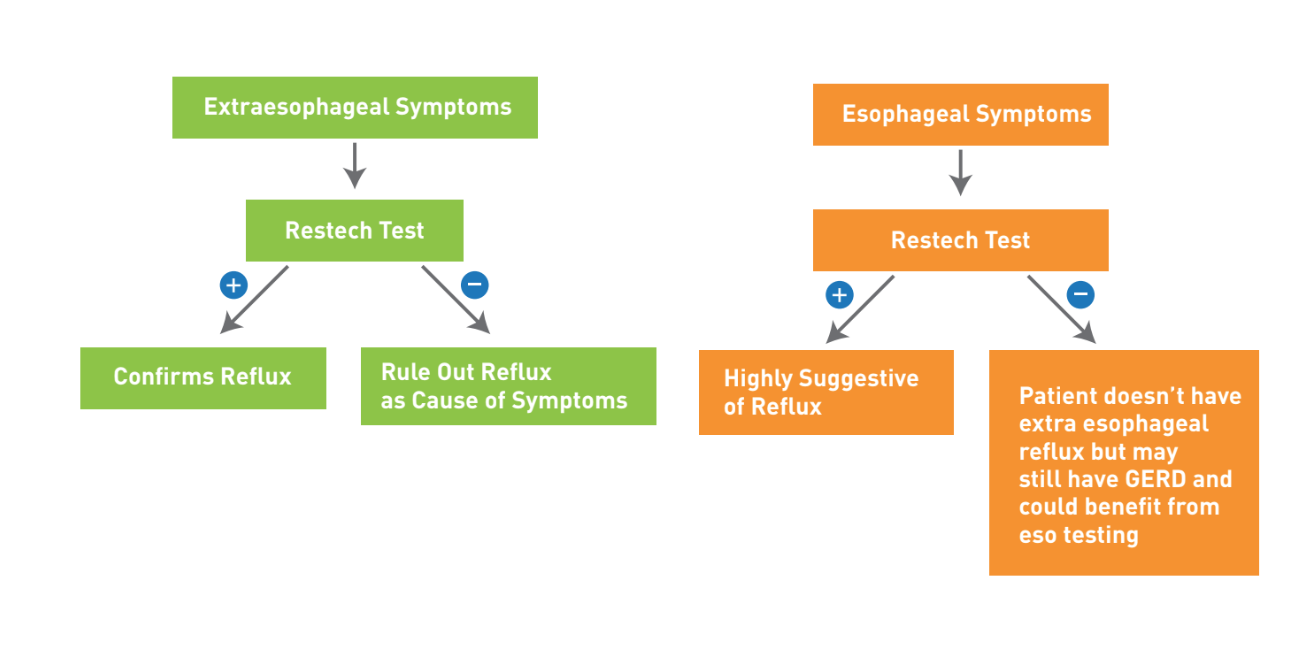 If you’d like to see how the RYAN Score can aid in your evaluation of extraesophageal symptoms, download a sample Report page.